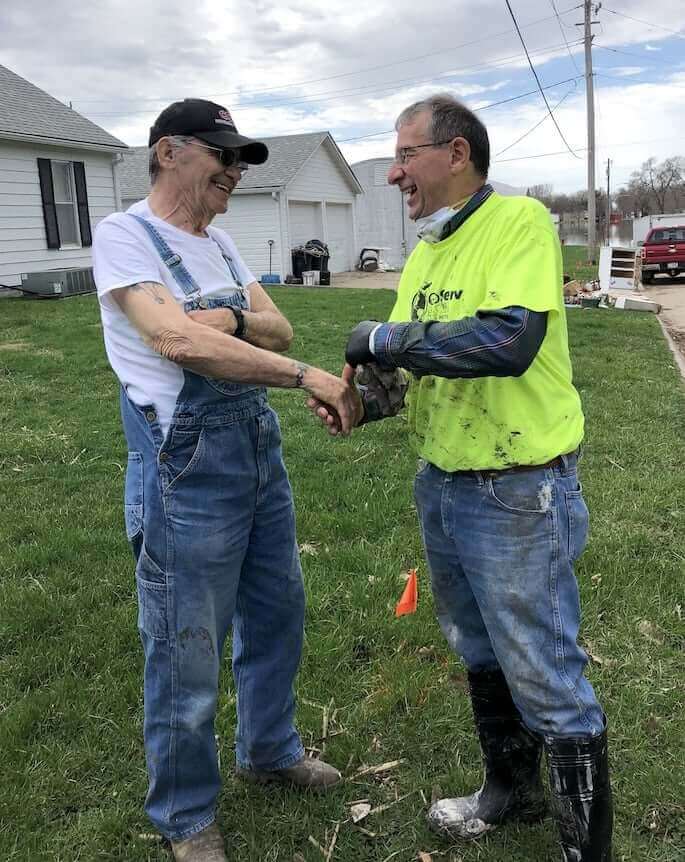 My favorite photo of the day … Volunteer Wayne Sadler (right) with a homeowner named Terry. In 2013, GoServ Global worked on Wayne’s farm after an EF4 Tornado destroyed it.

“When GoServ Global volunteers first pulled up with a pickup and a small skid loader, I thought it was a scam,” he joked with Terry. “But it turned out to be the biggest blessing.”

As promised, GoServ Global returned with an excavator and volunteers to clean up the many trees on the property.

Fast forward to 2019 … Wayne is now a disaster relief volunteer with GoServ Global and has been working Hamburg this week, encouraging home owners in a way that only he can since he’s been in their shoes.

“We felt so blessed that someone from Eagle Grove just showed up and brought large equipment in to clean our farm up,” shared Wayne in a team debrief. “GoServ Global showing up gave us reassurance that God was looking out for us. That’s the reason I’m here now.”

Terry has lived in his house since 1993. When the levee broke just over 3 weeks ago, the Missouri River spilled over into Hamburg, filling Terry’s house with more than 5 feet of water.

Terry tells us about that day. When he saw the water coming toward his house, he moved his truck to higher ground and by the time he came back, the water was up to his chest.

After we prayed for Terry, he blinked back tears and thanked us for helping him.

Throughout the day, volunteers hauled out load after load of debris like drywall, carpet, etc., all ruined by floodwaters. Terry’s whole house was on that curb, in a heap. 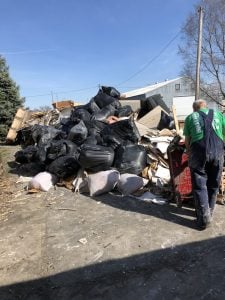 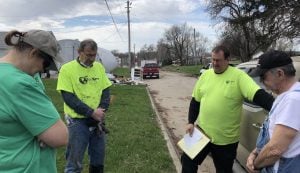 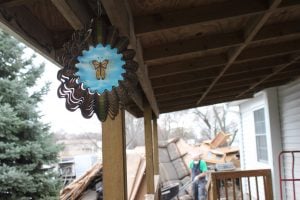 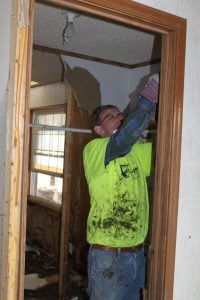 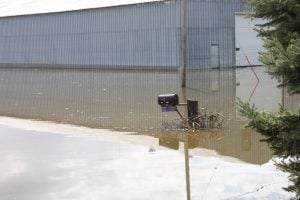